Coronavirus: No passenger allowed off ships in Sydney until new protocols signed 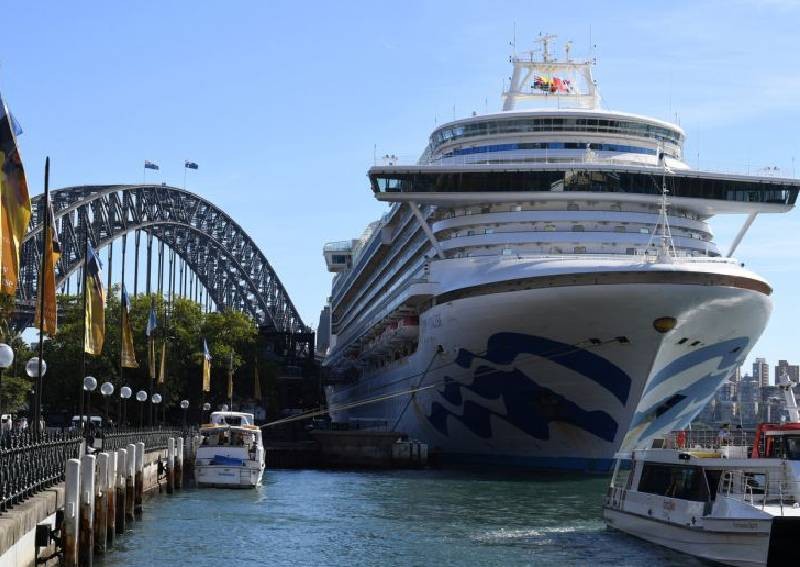 A photo from March 19, 2020, shows Princess Cruises-owned Ruby Princess docked at Circular Quay during the disembarkation of passengers in Sydney.
Reuters

SYDNEY - No passenger will be allowed off cruise ships in Sydney until new protocols, which are still being negotiated with the federal government, are signed, Australia's New South Wales (NSW) state premier said on Thursday (March 26) as the number of coronavirus cases spiked.

Cruise ships have become a focal point in Australia after 147 passengers who disembarked from the Ruby Princess in Sydney last week tested positive for Covid-19. Ruby Princess is owned by a unit of the world's largest cruise operator, Carnival Corp .

"I don't want anyone off a ship in Sydney until border force, the federal minister, health authorities together sign off on the new arrangements," NSW Premier Gladys Berejiklian told reporters.

"That is difficult for some because there are a number of ships that have been at sea carrying Australians but there is no option," she said.

"The protocols that I want far exceed what the existing protocols are and that's what we are negotiating with the federal government."

The number of cases of coronavirus jumped overnight in Australia's two most populous states of NSW and Victoria, taking the total in Australia past 2,550. The number of deaths increased to 11 after two men in their 70s succumbed to Covid-19 in Victoria.

Ms Berejiklian said her state would move to tighter restrictions on social distancing if the number of cases continued to climb.

The premier of Victoria state, of which Melbourne is the capital, said on Wednesday he would go harder on the lockdowns, if necessary, while warning there could be a shortage of ventilators if the virus is not contained.

Australia has tightened restrictions across the country, including limiting the size of weddings and funerals, and closing non-essential businesses such as bars, restaurants and cinemas.