What cancer can teach us about investing

Cancer and investing are topics that seem so distant. But you can learn a lot about something by studying other areas and finding parallels. There's an important lesson that cancer can teach us about investing.

Robert Weinberg is an expert on cancer research from the Massachusetts Institute of Technology. In the documentary The Emperor of All Maladies, Weinberg said (emphases are mine):

"If you don't get cancer, you're not going to die from it. That's a simple truth that we [doctors and medical researchers] sometimes overlook because it's intellectually not very stimulating and exciting.

"Persuading somebody to quit smoking is a psychological exercise. It has nothing to do with molecules and genes and cells, and so people like me are essentially uninterested in it - in spite of the fact that stopping people from smoking will have vastly more effect on cancer mortality than anything I could hope to do in my own lifetime."

Studying mutations, DNA, and cutting-edge drugs to find ways to beat cancer is engaging and fascinating for scientists and physicians. But it's not necessarily the most effective way to defeat the dreadful disease.

Unfortunately, what is really effective - simple prevention - is largely ignored because it is so simple.

Similarly, I have observed that investors seem to often ignore the simple because they favour the complex.

Ben Carlson helps manage the investment plans for institutions such as foundations, endowments, pensions, and more. He's also an excellent financial blogger - check out his blog A Wealth of Common Sense.

In a 2017 blog post, Carlson compared the long-term returns of US college endowment funds against a simple portfolio he called the Bogle Model.

The Bogle Model was named after one of my investment heroes, the late index fund legend John Bogle. It consisted of three, simple, low-cost Vanguard funds that track US stocks, stocks outside of the US, and bonds.

"These funds are invested in venture capital, private equity, infrastructure, private real estate, timber, the best hedge funds money can buy; they have access to the best stock and bond fund managers; they use leverage; they invest in complicated derivatives; they use the biggest and most connected consultants…"

But even the college endowment funds that belonged to the top-decile in terms of return only produced an annual gain of 5.4 per cent on average.

The simple Bogle Model had bested nearly all the fancy-pants college endowment funds in the US.

One of my favourite stories about the usefulness of simplicity in investing comes from an old 1981 speech by investor Dean Williams. In his speech - one of the best investment speeches I've come across - Williams shared the story of the fund manager Edgerton Welch (emphasis is mine):

"You are familiar with the periodic rankings of past investment results published in Pension & Investment Age. You may have missed the news that for the last ten years the best investment record in the country belonged to the Citizens Bank and Trust Company of Chillicothe, Missouri.

"Forbes magazine did not miss it, though, and sent a reporter to Chillicothe to find the genius responsible for it. He found a 72-year-old man named Edgerton Welsh, who said he'd never heard of Benjamin Graham and didn't have any idea what modern portfolio theory was. "Well, how did you do it?" the reporter wanted to know. 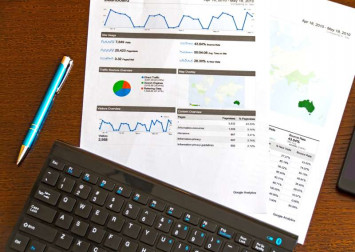 "Mr. Welch showed the report his copy of Value-Line and said he bought all the stocks ranked "1" that Merrill Lynch or E.F. Hutton also liked. And when any one of the three changed their ratings, he sold. Mr. Welch said, "It's like owning a computer. When you get the printout, use the figures to make a decision-not your own impulse."

"The Forbes reporter finally concluded, "His secret isn't the system but his own consistency." EXACTLY. That is what Garfield Drew, the market writer, meant forty years ago when he said, "In fact, simplicity or singleness of approach is a greatly underestimated factor of market success.""

My own investing process can also be boiled down to a simple sentence: Finding great companies that can grow at high rates for a long period of time.

I focus on understanding individual companies, and I effectively ignore interest rates and most other macroeconomic developments. It has served me well.

Taking lessons from cancer research, as investors, we should never overlook a simple investment idea or process just because it's intellectually uninteresting. Simple can win in investing.

This article was first published in The Good Investors. All content is displayed for general information purposes only and does not constitute professional financial advice.