7 major risk factors when counting on an en-bloc sale

Some buyers are under the impression that collective sales are a sure-fire bet, but how many condos get past 40 years of age before an en-bloc?

And that’s how some buyers end up with 40+ year old properties, that they struggle to sell when said en-bloc doesn’t come to pass.

Due to the en-bloc fever of 2017/18, or during the property heyday of 2013, some buyers are under the impression that collective sales are a sure-fire bet. After all, how many condos get past 40 years of age before an en-bloc?

However, it’s not a good idea to get overconfident with major commitments like home ownership.

Even if most condos do go en-bloc before lease expiry, that’s of no consolation if you end up with one of the uncommon condos that don’t. There are some potential risk factors to consider, before you decide to buy an old property for en-bloc gains:

1. Larger developments may see limited demand due to ABSD deadlines

Small and mid-sized developments (around 600 units or less) are a bit less risky in the en-bloc department. But large developments, especially 1,000+ unit mega-projects, are best avoided if you’re counting on an en-bloc.

The main reason is the Additional Buyers Stamp Duty (ABSD) for developers. This is a tax of 30 per cent on the land price, if developer is unable to complete and sell every unit within five years.

ALSO READ: Treasure at Tampines review: Affordable pricing at the expense of privacy

Take into account, the Tampines Court en-bloc, which has been relaunched as Treasure at Tampines. At its current take up rate of 57 per cent, it has sold 1,256 units so far – which for even some mega developments (Stirling Residences , JadeScape come to mind), would have already represented a fully sold project.

Only 68 per cent of the units had signed the collective sales agreement as of March 24, when the agreement expired.

Those staying in similar mega developments like Mandarin Gardens , Pine Grove , and Pandan Valley hoping for en-bloc will be hoping that Treasure at Tampines would end up with a successful 100 per cent sold status by the end of 5 years.

Anything less, and developers would definitely be less inclined to look for bigger projects moving forward.

As such, many developers hesitate to purchase large land plots / developments. A good recent example is Braddell View; at 1.14 million sq. ft. and over 900 units, analysts even called its failed en-bloc attempt “unsurprising”.

The massive Pine Grove is another example, with 3 failed en-bloc attempts so far.

Having new MRT stations, malls, and other amenities nearby do raise en-bloc potential; but you also need to consider if the sheer size of the development is going to be a drawback.

2. Policy changes are unpredictable, and can foil en-bloc plans

Some policy changes – such as cooling measures – can change the real estate market overnight. Developers, just like individual buyers, tend to have a knee jerk reaction when they happen.

In July 2018 for instance, new measures kicked in that increased the ABSD.

By December of that year, 30 en-bloc attempts across the island had failed. This was despite half of them lowering prices, in light of the new cooling measures.

Our recently reviewed Spanish Village is one of them Photo: Stackedhomes

You could have been waiting for years for an en-bloc, only to have it crushed after a single government announcement.

(Incidentally, the fees to consult the legal firm, property firm, and other parties for the en-bloc don’t go away even if the en-bloc fails; it’s likely to come from the maintenance fund you’ve been contributing to, so it’s wasted money).

We have an earlier article on how plot ratios work , and how they’re defined in the master plan. The maximum Gross Plot Ratio (GPR) determines how many units can be built, along with the maximum height.

In the same article, we pointed out that the GPR can be revised downward, as was the case with Hillview House.

All of this is pertinent to en-bloc potential. Developers need to ensure they can build sufficient units to cover the cost of:

This almost always means the new project has to be bigger than the last one, to cover the costs and still make a profit. If that’s not possible, developers are unlikely to proceed with the sale.

While you can check the URA Master Plan anytime, you can’t predict where and how URA will decide to change the GPR. This makes for another risk factor that’s outside your control.

4. Traffic restrictions are now a factor

Developers no longer need approval from just URA. They’re now required to get approval from the Land Transport Authority (LTA) also, regarding the number of units they’re allowed to build.

A traffic impact assessment is used to determine if the new number of units would contribute to traffic congestion. This is in addition to usual restrictions, like the maximum GFA (see point 3).

Developers may offer less for an en-bloc sale, if they have to trim the total number of units.

5. The ultimate landowner may not want to renew the lease

We’ve mentioned this in an earlier article, where we explained how a 99 year leasehold property can be sitting on freehold land (i.e. the owner of the land rented it out for 99 years).

In these cases, the developer has to pay the land owner, not the government, to top-up the 99 year lease. Problems arise, however, if the land owner isn’t inclined to renew the lease (they may have other plans for the land).

In these cases, an en-bloc isn’t possible as the developer can’t top up the lease.

Leasehold properties on freehold land are seldom indicated outright; so this is something you need to specifically ask about. Avoid these sorts of properties if you’re hoping for an en-bloc.

6. Timing Issues and the SSD can pose an unexpected hazard

The Sellers Stamp Duty (SSD) applies when selling within the first, second, or third year of purchasing a property (12 per cent, eight per cent, and four per cent of sales proceeds respectively).

The SSD still applies in the event of an en-bloc sale. So if you buy an old property and it goes en-bloc in the same year, you’ll pay a 12 per cent tax.

There are also opportunity costs involved – you might have lost the chance to purchase another desired unit, by buying your now-to-be-en-bloc’ed property.

There’s also the inconvenience of having to move out again; sometimes for little more than break-even gains after paying the SSD. 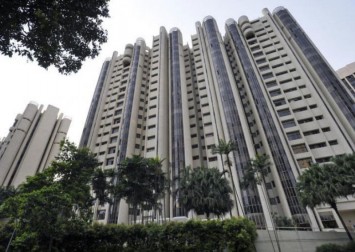 Beyond this, there are timing complications. A developer might be giving you the sales proceeds as late as two years after the en-bloc; this can mean having to use a bridging loan, paying for temporary accommodation, etc.

If you have a new home in mind, bear in mind the price can go up, or it can become unavailable, by the time you get your sale proceeds.

These all add unexpected costs that diminish an “en-bloc windfall”.

We can help you with the timing issues though, if you’re facing an en-bloc and need a new home. Contact us on Facebook , so we can present you with some cost-effective options.

7. Bulk ownership can be an issue

Not that the Lumos will be going en-bloc anytime soon, but if that was ever a possibility, having such a large group would no doubt have a huge sway on the outcome of an en-bloc deal.

Of course, on the flip side, this could be a good thing too – so it is really dependant on the motivations of the investor/entity. But ultimately, know that these are things not within your control.

We’re not saying an en-bloc is a bad thing.

It’s great when it happens at the right time, and the potential for en-bloc gives private properties a big lead over HDB counterparts.

But the potential an en-bloc has become overused as a marketing gimmick, especially for very old properties. It’s just not as straightforward as some sellers make it out to be; and if you’re getting a 30+ year old leasehold property, it should never be with the assumption that an en-bloc will happen.

This article was first published in Stackedhomes.