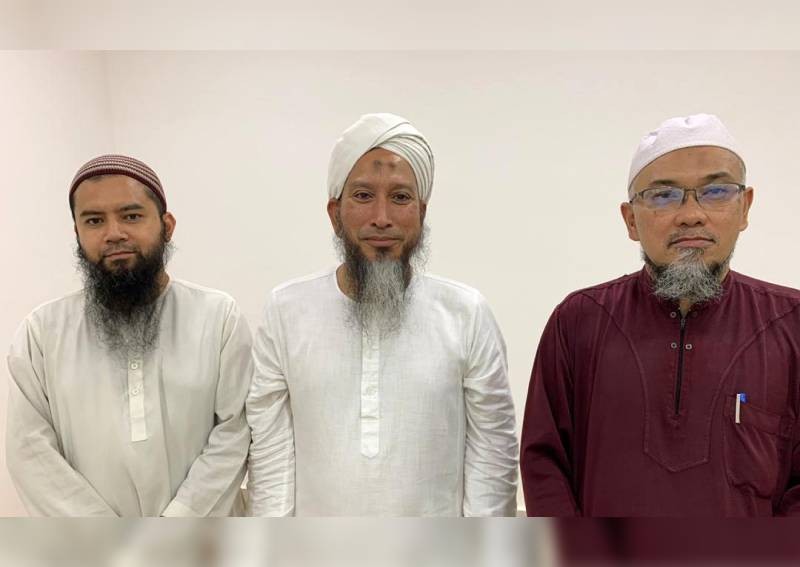 Khairi Akbar has been active in the Tabligh Jamaat missionary movement for years.

A regular at the mass Islamic prayer session it hosts in Malaysia annually, Khairi said this year's gathering from Feb 28 to March 1 had seemed no different.

He recalled thousands of fellow Muslims sitting in the mosque praying together, eating together, and listening to sermons on "how to rectify our own flaws, how to prepare ourselves for the afterlife, that sort of thing".

"We talked about the importance of the mosque in communities and how men must make the mosque 'alive'," he said.

But there was a difference to this year's event: Its disastrous consequences. The novel coronavirus spread through the gathering, which had attracted between 12,000 and 16,000 participants, turning it into Malaysia's largest cluster of infections.

In the weeks since the tabligh, nearly 600 attendees have tested positive for Covid-19, the disease caused by the coronavirus, and there may be many more cases to come as hundreds or perhaps thousands of the participants are yet to be tracked.

The Ministry of Health believes 16,000 people attended the event and 4,000 are still missing; the tabligh says that based on the mosque capacity, no more than 12,500 people could have attended and 1,500 are missing.

Khairi, a spokesman for the mission, said nobody could have predicted the chaos.

"When the gathering was organised it was only the first wave of the virus in Malaysia. There were only a handful of cases, and there wasn't this widespread awareness.

Many other functions were going on, not just ours," said Khairi, 41, who himself caught the virus and is recovering in a government hospital in Kuala Lumpur.

"We got approval from City Hall and the police, we consulted the fire department, all necessary permits were obtained. There was nothing special about this gathering, it has been done for the last 30 or 40 years in Malaysia."

Soon after the event, however, ­a case in Brunei was traced back to the tabligh. About 1,500 people from overseas had attended the gathering and soon infections linked to it were appearing in Singapore, Thailand and across the region.

"That's when it really started. Hundreds of people got tested at the mosque, including me. I tested positive so now I am in the hospital. My family have no symptoms and are awaiting their test results," said Khairi, who is an asymptomatic carrier and reports he is "feeling fine".

He is well enough that he is keeping busy in his hospital room by helping the health authorities track the participants who remain unaccounted for.

About half of these are thought to be Rohingya, a vulnerable community in Malaysia, which has little to no institutional protection for refugees and asylum seekers and often deports undocumented immigrants, although the United Nations has said that it is reaching out to the community to help them access medical attention without consequences.

The Health Ministry fears these individuals could spread the virus beyond Selangor and Kuala Lumpur, where it has until now been largely contained.

Health Ministry director general Noor Hisham Abdullah said this week there had been a "few incidences" of patients linked to the tabligh concealing contacts, symptoms, travel history and contact information.

The tabligh accounts for more than 60 per cent of Malaysia's 900 cases and has come in for widespread criticism online. As the nation's first week under partial lockdown draws to a close - with one more week to go - many tempers are fraying and social media users have hit out at the attendees' "stupidity".

Khairi is at pains to battle such perceptions, an endeavour that is keeping him busy even in hospital.

The Malaysian chapter of the mission has had to scramble to deny its involvement with a planned, but since cancelled, tabligh gathering in Indonesia. "People blamed us in Malaysia for that too, even though we had nothing to do with it", Khairy said.

"We're really sorry that this happened. We've been part of the fabric of society for a long time. We hope this won't define how people look at us and we can move on together."

Meanwhile, more than 250 tabligh participants have remained in the mosque until their test results come through.

Among them is freelance cameraman Erwan Warga Iska, who said that despite the circumstances he was "in good spirits and good health". The men were able to cook their own meals and he was grateful for the assistance and care given to them by the Ministry of Health.

Asked if he was concerned about the coronavirus, he replied: "I can only smile and surrender myself to God's will."